Back in the Stone Age, when I was in college, an idea swept the campus like wildfire. Someone claimed that you could make chocolate chip cookies using your desk lamp. My friend Luis had the best thing to say about that too. He said, “Can you imagine serving up a dozen of these to your friends? ‘Check these out, guys, I made them last night with my desk lamp!’ – ‘Oh, yeah, what else did you do last night?’ – ‘Nothing.'” And I still laugh about that. It would take forever to make a dozen cookies with a desk lamp — and today with the curly-cue florescent bulbs, well, forget about it.

Have no fear though — Pinterest has come to the rescue of those wanting to make snacks without a kitchen. Several pinners have put forth the idea of a Pizza Box Solar Oven. The photo on Pinterest looks like this:

Basically, you need aluminum foil, a pizza box, some plastic wrap and a stick. A stone to hold the stick in place is optional, but it helps.

Again, in the interest of full disclosure, most of the pizza box solar ovens on the boards are used to make S’mores. But I will be honest — I don’t like S’mores. (My sister claims that this in un-American, but I’m pretty sure you could find members of Al-Quaeda who would enjoy a good S’more, so I don’t think American has much to do with it.) Plus, I don’t need any kind of oven to melt chocolate on a hot day. Where’e the challenge there? So, to make it interesting, I bought a roll of slice-and-bake chocolate chip cookies to bake in our oven.

First of all, I chose a hot, sunny day in August. It was easy to make the oven using an old pizza box. First I glued on the aluminum foil. 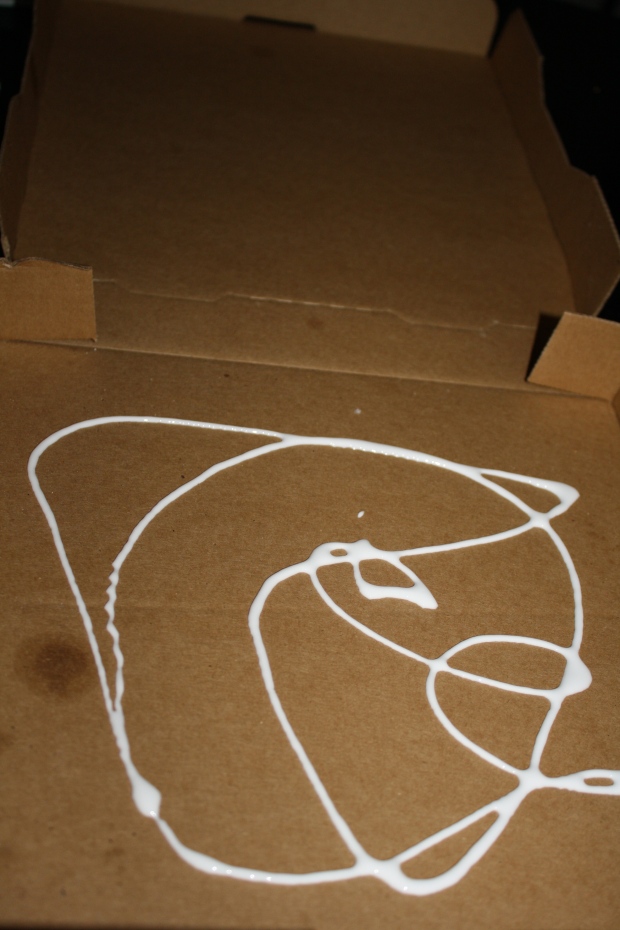 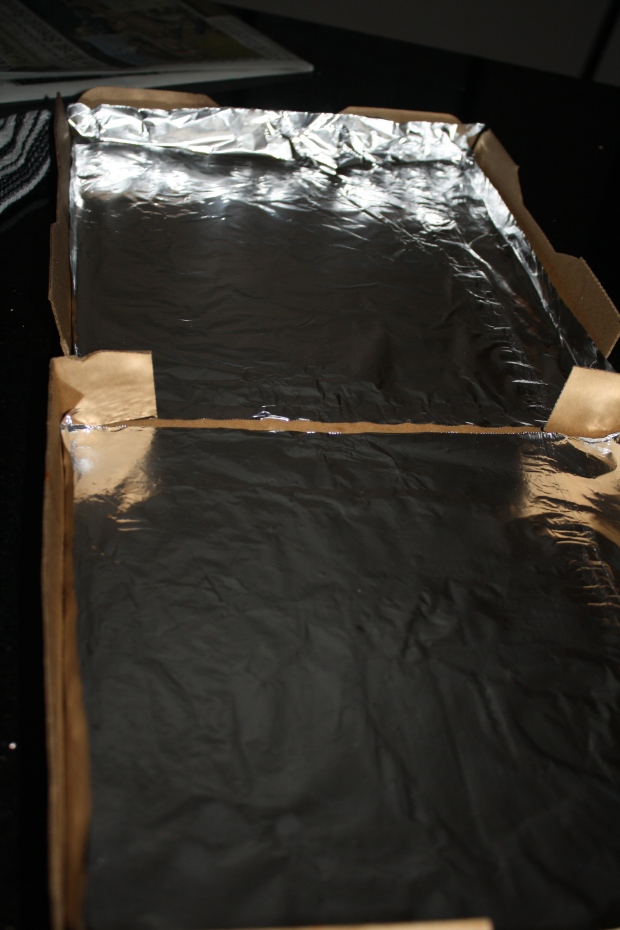 Then I covered the top with plastic wrap and we were ready to go.

I pre-heated the oven in direct sunlight on a black card table in the driveway  (also black) for one hour, and then we put in the cookie dough. Already, this seemed better than using a desk lamp, because you could make five or more cookies at a time depending on how big they were.

The kids were into the experiment at first, but as time passed, they went off to play in the yard. After ten minutes, there wasn’t much change in the cookies.

Nor was there after twenty. 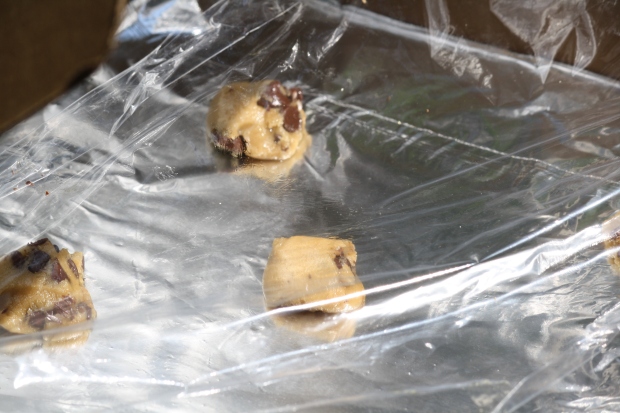 But they didn’t change much after that, not even after an hour. The kids had gone inside by then.

And then, after an hour and twenty minutes, I thought, you know what we’re really baking here? Salmonella. And nobody wants that, So I just threw the whole thing away.

Now, it may have made a difference with the black construction paper, but how much? Not much with this design, I would imagine.

However, these guys did one that looks more like it was designed by NASA. If we get another hot day, I may try this design and let you know. They claim their cookies were ready in 15 minutes.

Though I would be worried about ants in the grass…

In the meantime though, I think we’d have better luck baking cookies in our car on a hot day than using the oven we made.