Spicy Thai Chicken Bites — A Long Time In the Making

I have been on a Thai kick, I admit that, and not just because I recently watched Dodgeball, and it’s the name of Ben Stiller’s character. I used to have a favorite Thai restaurant around here, but after spending three days in a hospital with food poisoning, I haven’t been able to go back there. I’m not saying the food poisoning was anyone’s fault, but ever since that fateful meal, I just get a little green thinking about the place.

So, I guess I have been trying to recreate the great taste of Thai food at home. I had pinned this recipe for Thai Chicken Bites a while back, and the other night, I made it for the family. The photo on Pinterest looks like this:

Pour 1-2 inches of oil into a deep skillet. Preheat over medium heat.

Cut chicken into bite sized pieces and set aside. In a shallow dish, stir together flour, garlic powder, salt and pepper. In another shallow dish, whisk egg, milk, salt and pepper together. Toss chicken pieces into dry mixture first, then into the egg mixture and back to the dry. Make sure you coat the chicken completely during each step! Place chicken pieces into hot oil and fry until golden brown on each side. (About 3-4 minutes per side.) Remove and drain on paper towels. Sprinkle with salt. Transfer to a large bowl and toss with sweet chili sauce. Divide into two equal portions and top with carrot and cilantro. Serve. Makes 2 servings.

They were good, but here’s the thing: pretty basic cooking technique, and then the Thai part is all in the store-bought sauce. You could basically make these nuggets and put any kind of sauce on them. They could be BBQ Chicken Bites, or Ranch Chicken Bites, or anything. These just happened to be Thai.

The original recipe didn’t call for a lot of chicken, but I was feeding five, so I cut up three whole boneless breasts and multiplied the other ingredients accordingly.

First I got the flour and spices together, 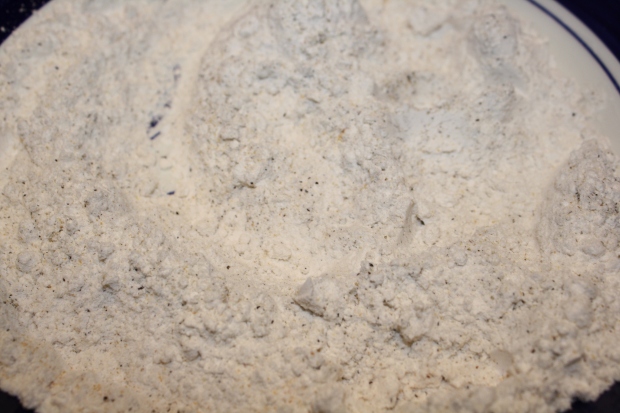 and then prepared the egg, splitting the flour in half so that I could dredge the chicken through it twice. 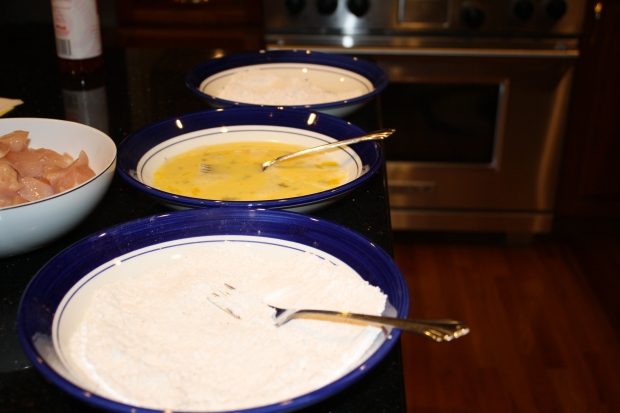 But here’s another thing: Making that much chicken, this coating technique became kind of tedious and time-consuming.

So after a few batches that way, I poured the remaining flour into one plastic bag, and threw the chicken on top.

Then I shook it around a bit before transferring it to another bag containing the egg,

And then it went back into the flour. This turned out to be a much more efficient process.

Then the coated nuggets went into the oil and cooked about five minutes on each side.

Once they had cooked thoroughly, they were removed from the pan onto paper towels so that the oil would be absorbed,

and next they were coated in the sauce. 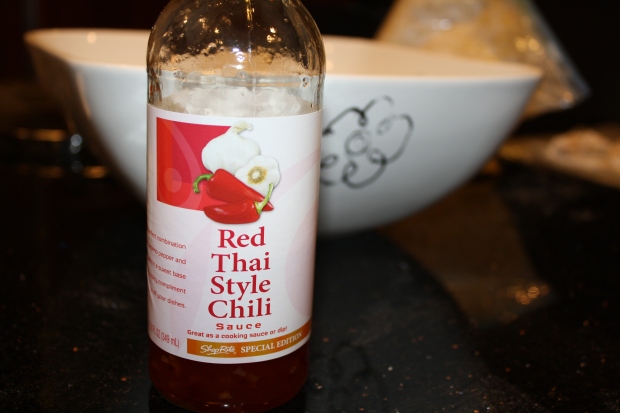 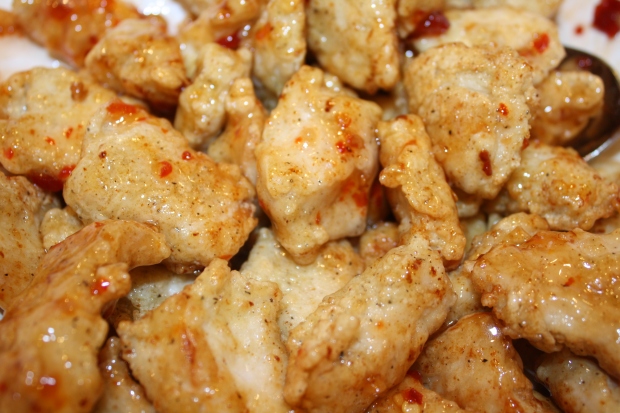 We liked it. It was sweet and spicy, but the Martha in me feels like it wasn’t really made from scratch because of the bottled sauce. You may feel differently, but there you have it. And it fulfilled my Thai needs. 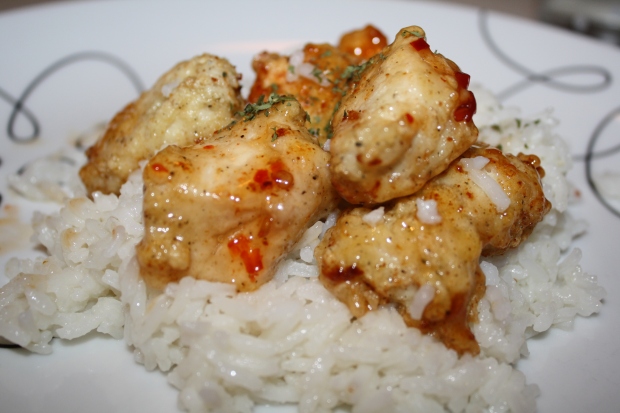 ← Copycat Cheez-It Cheese Crackers – A Delicious Alternative in the Short Run
Hold It Right There! Making a Rug Stay Put With Caulk →