A few months ago, I made some Snickerdoodle bread that was ridonkulously good. And, since it is officially autumn, I am in full-on cinnamon mode. So when I came across a recipe for Snickerdoodle muffins, you know, I just had to go for it.

Interesting thing about cinnamon: It’s been around forever and ever. It was traded as far back as 2000, BC, used as currency and later even had sacred applications. It is made from the inner bark of trees that are native to Sri Lanka. The crop has been transported to other countries in Southeast Asia, but Sri Lanka is the only place where the trees are indigenous. The trees are allowed to grow for two years, and then they are chopped down to their stumps, which then sprout a dozen or so new shoots the following year. At that point, the shoots are harvested, and the outer bark is pulled off, leaving long strips of soft inner bark, which are only about half a millimeter thick. These strips, which are called quills, are dried out and processed for sale. There are different grades of cinnamon depending on how it is processed (as there are different grades of tea and diamonds) but in my book, it’s all graded D for Delicious. 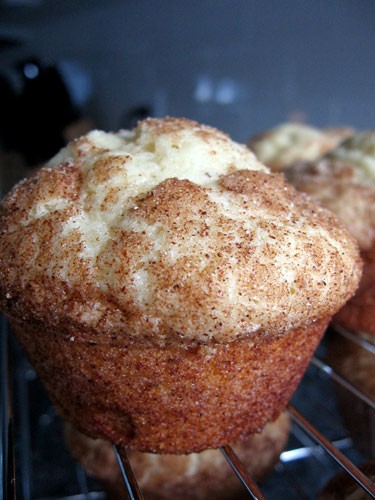 1.Cream the butter and sugar until soft about 3 to 5 minutes. Add in the vanilla. Add in the eggs one at a time and mix until each is incorporated.

2.In a separate bowl, mix together the flour, baking soda, baking powder, cream of tartar and nutmeg.

4. Using an ice cream scoop, scoop out muffin batter one at a time and drop into a shallow bowl filled with the cinnamon sugar mixture. Roll the muffin around in the mixture until it is covered completely in cinnamon sugar. Place muffin into muffin tin. Depending on the size of your tins, you should get about 12 to 14 muffins. Bake them for approx. 20-22 minutes in a 350F oven or until they are golden brown.

It looked good, but I made some modifications, which I will proceed to explain here.

First I creamed the butter and sugar together. You know, I always love that part.

Then the eggs and vanilla were added,

followed by the sour cream. 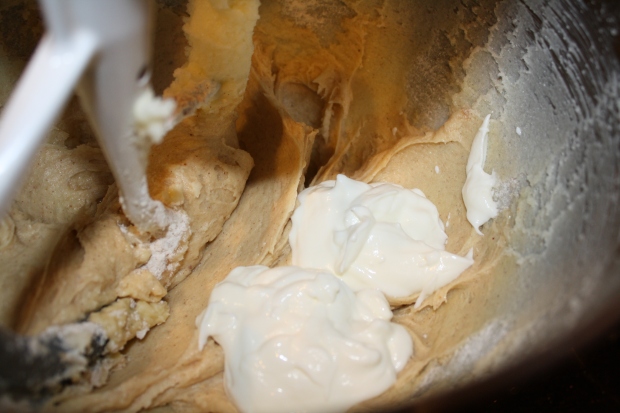 After collecting all of the dry ingredients in a separate bowl, I added them gradually to the mixing bowl. I did not use cream of tartar though. I thought I had some before I started, but I didn’t, so I just went without it and hoped for the best.

At that point, I kind of went rogue. I could tell from the recipe that this wasn’t going to be enough cinnamon for me, so taking a cue from the Snickerdoodle bread, I added a bag of Hershey’s cinnamon chips to the batter. 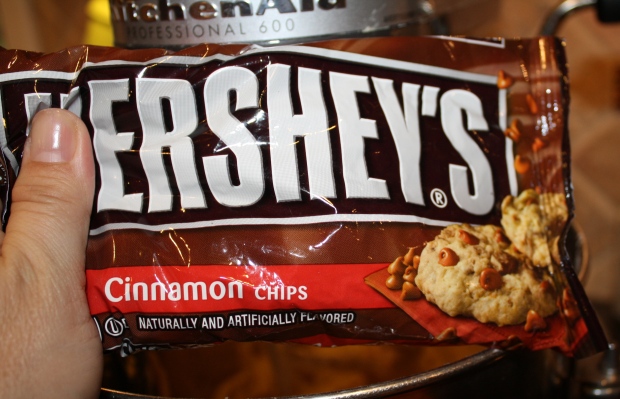 At this point, you are supposed to take scoops of the batter and drop it into the cinnamon-sugar mixture and roll it around, but that sounded like a big messy situation to me, so I just put the scoops into muffin cups, where they were not perfectly rounded and did not cover the bottom of the cup. 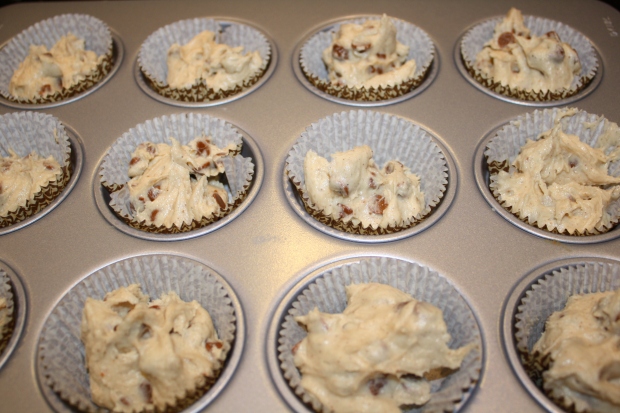 Then, I took a measuring spoon and sprinkled the cinnamon-sugar liberally over the cups, making sure that no batter was visible in the end. Once they were in the oven, the batter melted a little, absorbing the cinnamon and sugar that had gotten underneath it. 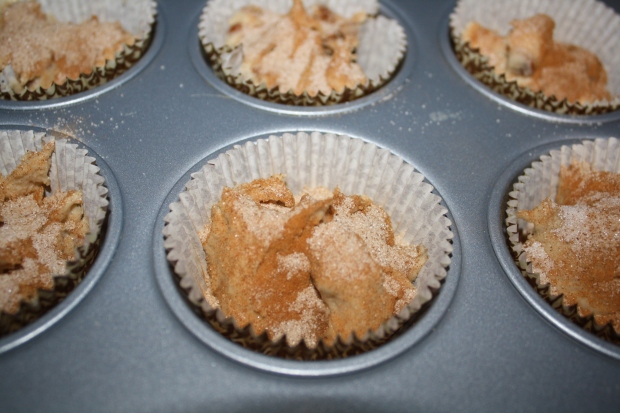 And then they baked for 20 minutes at 350 degrees. 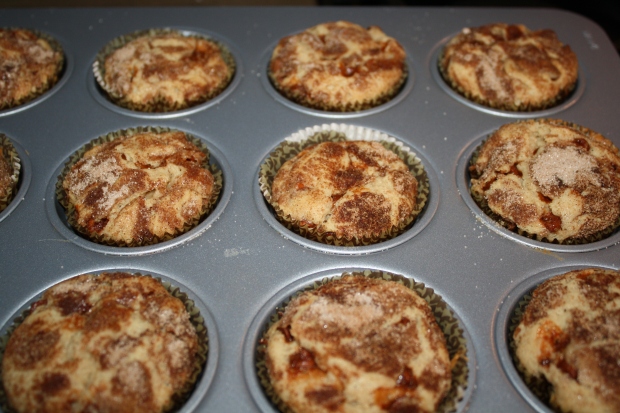 The result was heavenly. Just as good as that Snickerdoodle bread, but in smaller portions. Plus, the sour cream in this recipe makes the cake really moist.

I have had to give most of them away to keep from being like Homer here. I know I have used this clip before, but it really fits what I am trying to express about these muffins. (Imagine me and Snickerdoodle muffins, instead of Homer and donuts.)