The oven’s still not fixed, so I’ve been scrambling for things to make without it. Yesterday I went looking for an easy cheesecake and found this No Bake Chocolate Cheesecake that looked easy enough, though I made a few modifications to make it even easier. The photo on Pinterest looks like this: 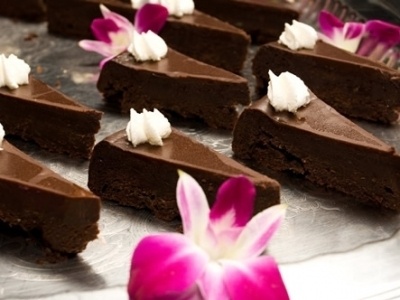 (Though I substituted with a ready-made graham cracker pie crust)

I some a ready-made graham cracker pie crusts, so I started with dissolving the gelatin in a saucepan. I wasn’t quite sure how much water to add though. I went with a cup. 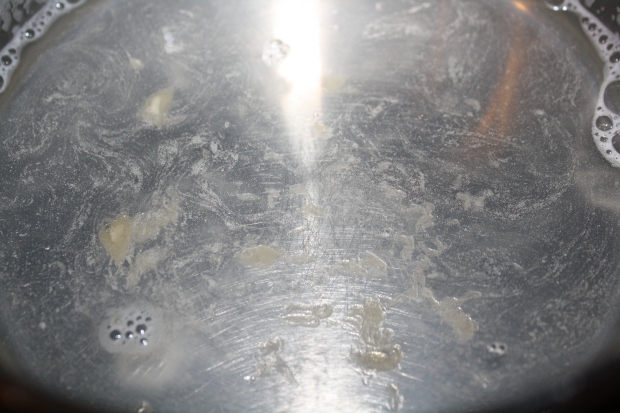 Then I melted chocolate chips in the microwave, 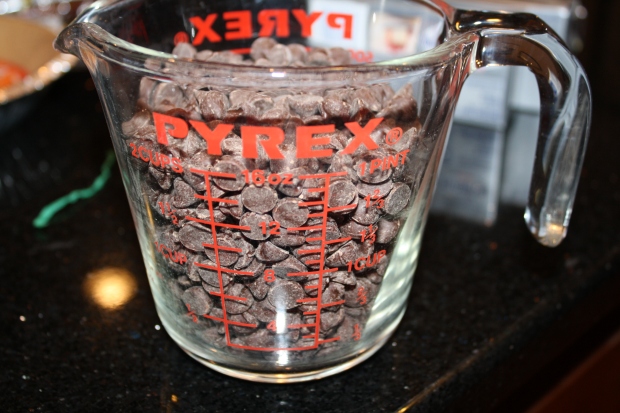 and added it them to the cream cheese, mixing them together until they were blended. 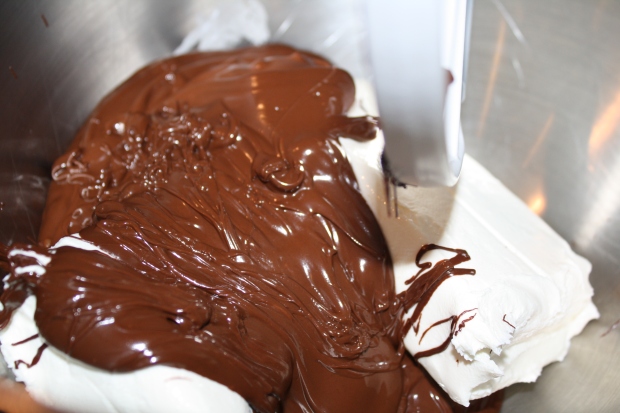 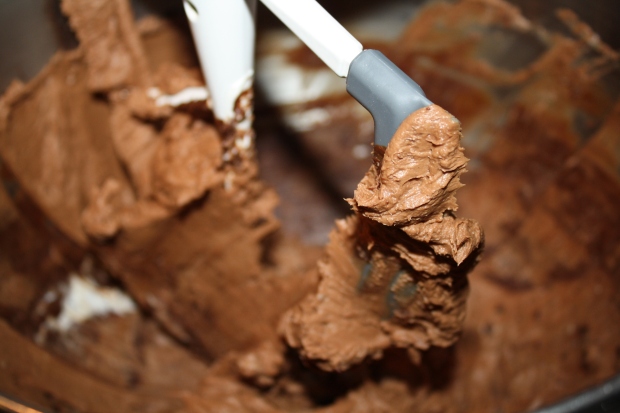 After the gelatin had cooled a bit, it was added to the chocolate mixture. I also gradually added the condensed milk here. 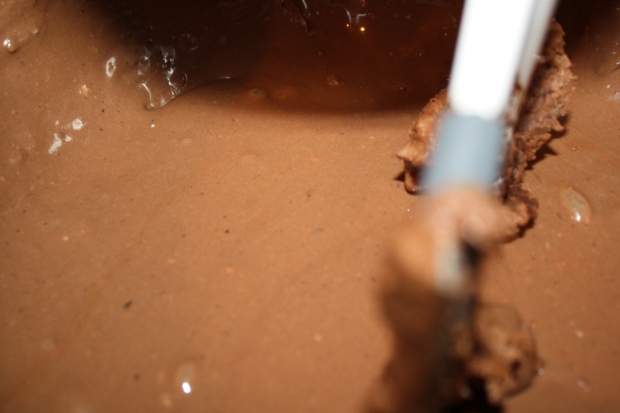 In the spirit of full disclosure though, once I had started the project, I realized that I was out of condensed milk, and it was raining, close to dinner time, so I didn’t feel like going out to get some. Instead, I used a substitute recipe that I found on Cooks.com:

Combine sugar and dry milk. Add warm water and mix well. Warm the milk in the top of a double boiler (a metal mixing bowl can be placed over boiling water in a medium saucepan for this purpose). Stir mixture until the sugar has dissolved. 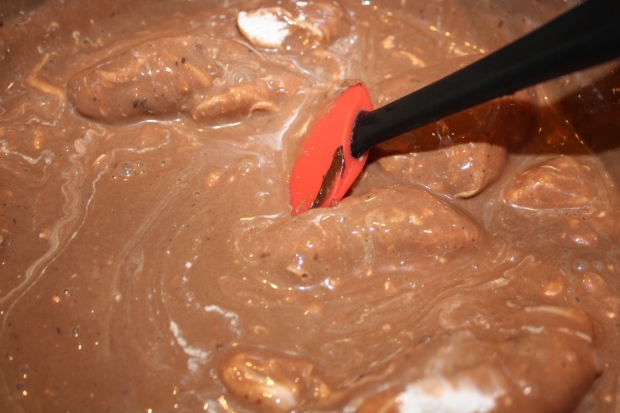 And then the whipped cream was folded in. I was feeling lazy, so instead of whipping my own cream, I used some  Cool Whip. 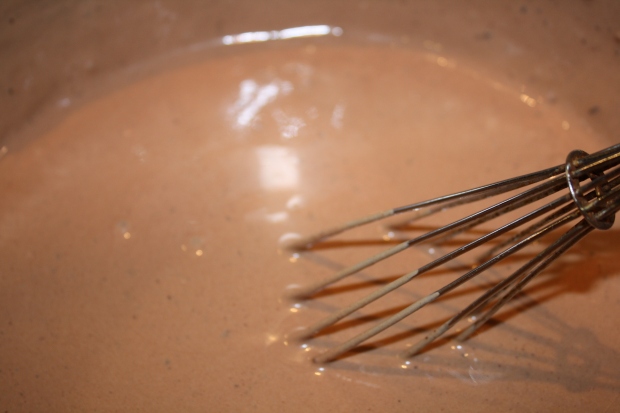 Once the whipped cream was completely incorporated, the mixture was poured into the pie crust, 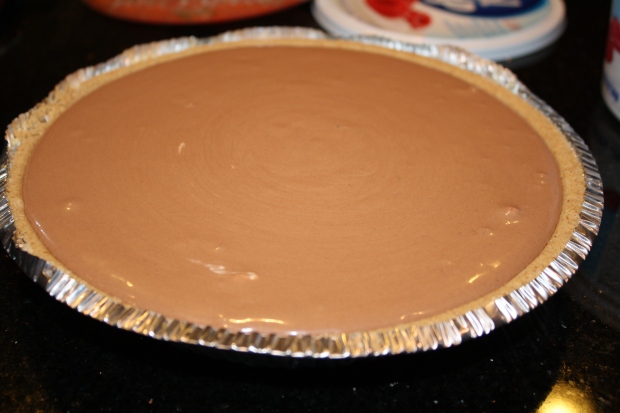 and set to chill in the refrigerator for about three hours. 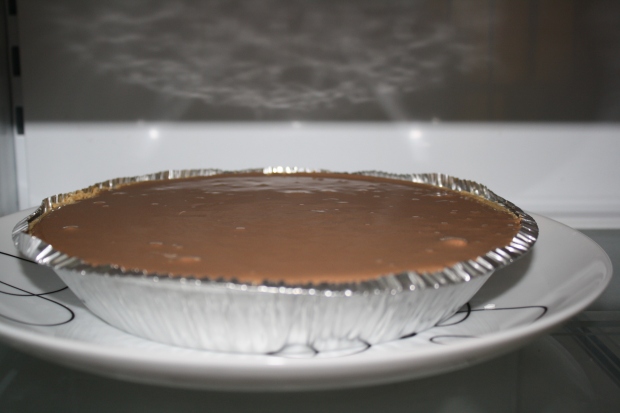 That left me to deal with a pretty messy mixing bowl, as the chocolate chips had hardened to the metal as they cooled. 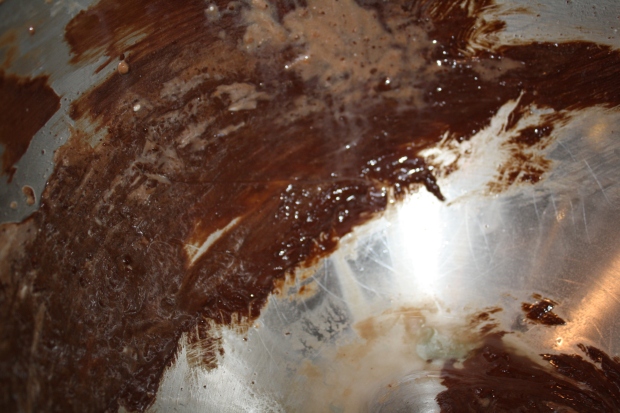 When it came out, it looked a little light, so I decided to put a topping of chocolate on it. For this I used a recipe similar to the copycat Magic Shell from a while ago. 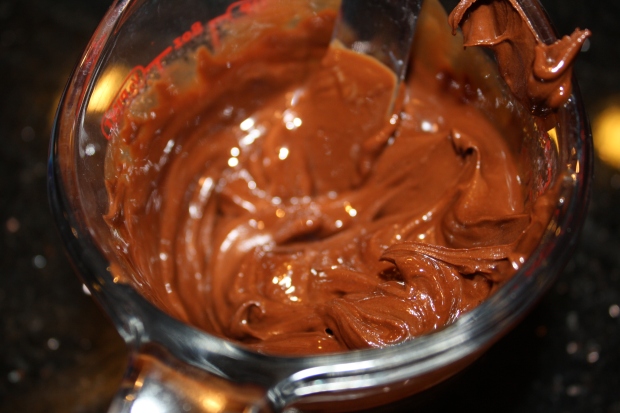 This was spread thinly in an even layer over the top of the cheesecake, and I used a little more Cool Whip for decoration. 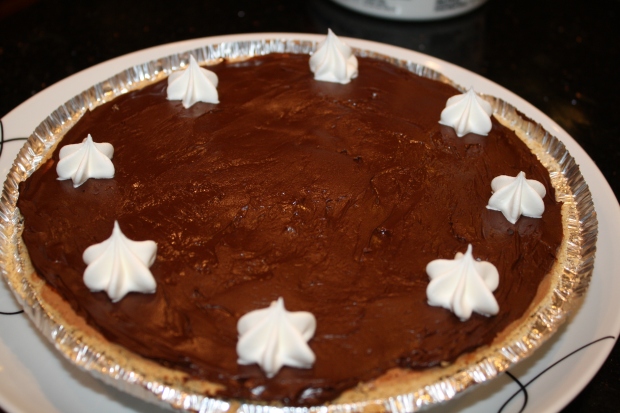 The result was a decadent, rich cheesecake. It’s a little softer than baked cheesecake, almost like a cream pie. Not sure if that is because I used too much water in the gelatin or not, but still, I hope someone comes over to finish this today because if not, I’m going to start to look like Mario Batali (though my beard will be made of chocolate). 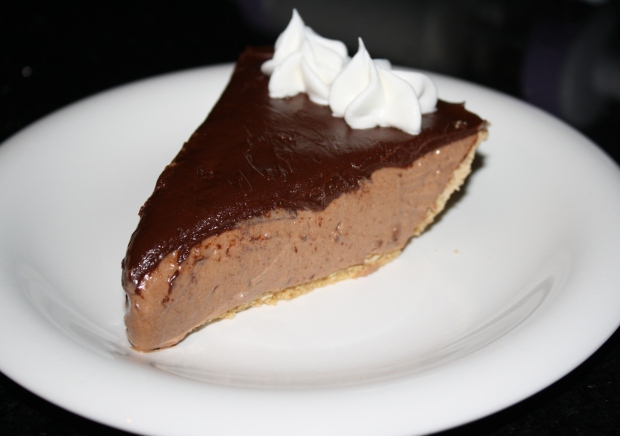