Like me, most people had never heard of monkey bread until a few years ago, when suddenly it was everywhere. They sell it at state fairs and carnivals; I’ve even seen it on the boardwalk. It’s a gooey treat, made of bite-sized morsels of sweet dough that are covered in syrup and typically served warm (though that isn’t required). No one is really certain of its origin, though recipes for it were published in American homemaker magazines in the 1950s.

But who makes monkey bread at home? And if you do make it, I would think it’s only for gatherings, right? I found a recipe for individual muffin-sized portions of monkey bread on the boards that looked kind of interesting though. The photo on Pinterest looks like this:

I used Pillsbury Grands bicuits for my monkey bread, and in the end, got about 15 muffins.

I knew it was going to be more than six, so I started by doubling the sugar mixture.

Then the biscuit pieces were rolled in the sugar,

and put into the muffin tins. I put six pieces into each cup, but I should have either cut the pieces in half, or only used four per cup. Using the Grands made a difference in the size of the pieces that came out in the end.

Next, I heated the butter and brown sugar, 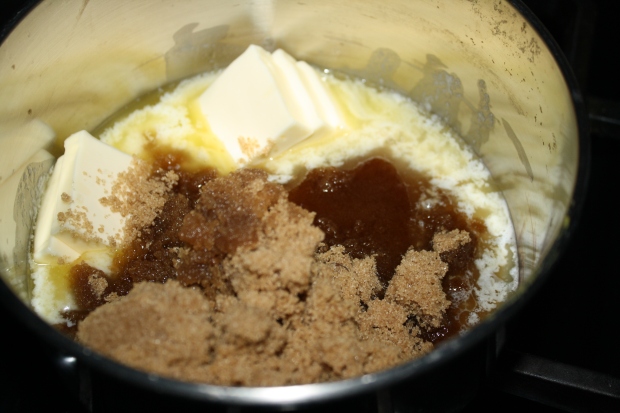 and once they were incorporated,

I poured the syrup over the cups. 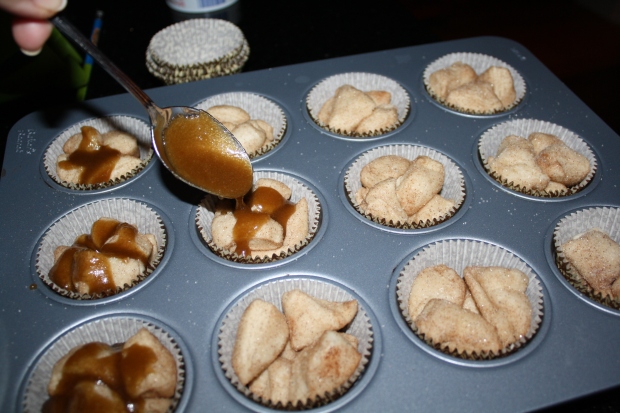 After ten minutes, I pulled out the muffins, which were kind of a mess.

I ended up pulling a few of the bigger ones apart, putting them into separate cups, and covering them with some of the leftover brown sugar sauce. They were yummy though! Definitely a quick-fix monkey bread, and very easy to make.