Good Grief! This is Some Great Pumpkin Biscotti

It’s that time of year, and whether you have carved your own pumpkin or just found a good deal on canned pumpkin puree, you might be looking for some recipes in which to use this tasty gourd. I make biscotti fairly often, so when I came across this recipe for pumpkin biscotti, I thought it would be cool to try it. The photo on Pinterest looks like this:

5. After some cooling, move a loaf to a cutting board and cut diagonally into 1/2″ thick pieces. Do the same to the other loaf. The interior of each biscotto should still be just a little moist (while the exterior is nice and hard). The crust of the loaf will probably be quite hard, so use a large serrated knife such as a bread knife for this job.

6. Place the biscotti with a cut side facing up on a half sheet pan and bake for 8 minutes. Remove the pan and flip all the biscotti over so the other cut side is now facing up. Bake for another 7 minutes. Set all the pieces on a wire rack to cool making sure that none of the biscotti are touching each other. If the biscotti are placed too close together, they could get a little soft or soggy as they cool.

I did not use the nuts in my biscotti, so I didn’t need to use the butter or margarine either.

First I mixed all of the dry ingredients together in a large bowl. 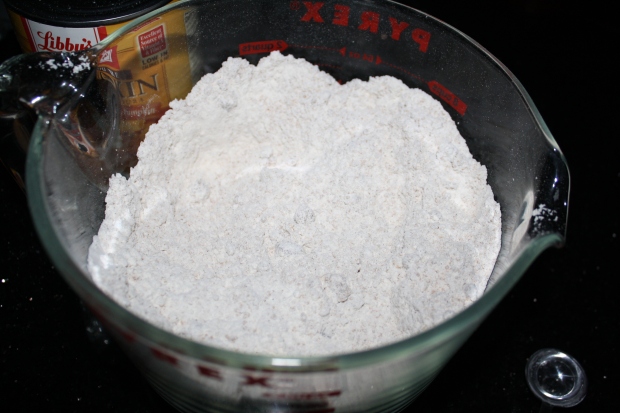 Then, I mixed the pumpkin, egg, and vanilla together with a mixer.

I don’t have a dough hook for my mixer, but if you have one, you might want to use it when you incorporate the dry ingredients, because the dough gets quite thick. (When I make plain biscotti, I actually mix the dough in my bread maker. I wasn’t sure how that would work out with the pumpkin, but it probably would be fine.) 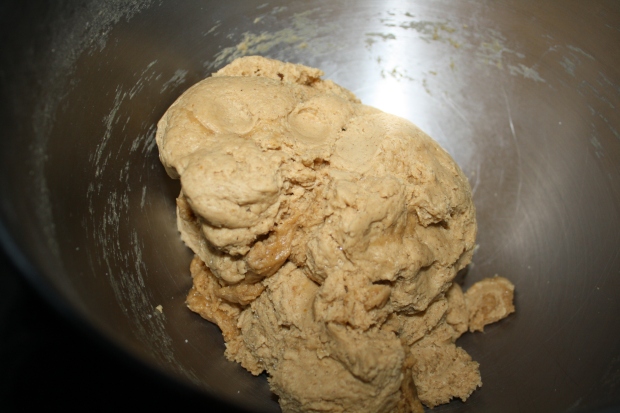 Next, I took handfuls of dough and rolled each into a ball 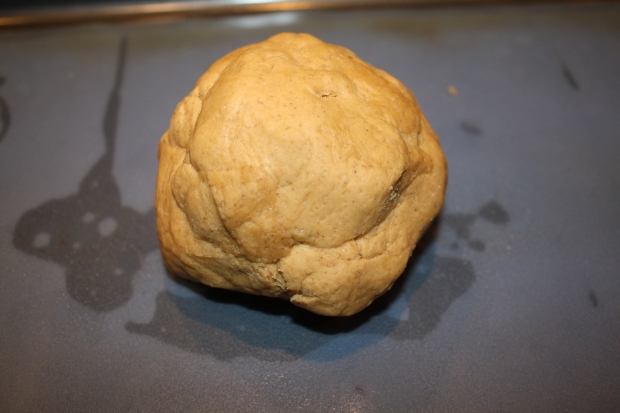 before rolling out a long tube.

The tube was then flattened a bit and rounded on the edges.

I baked two loaves at a time at 350 for 20 minutes, and they were perfectly done.

Once they had cooled for 15 minutes, they were cut into half-inch slices. 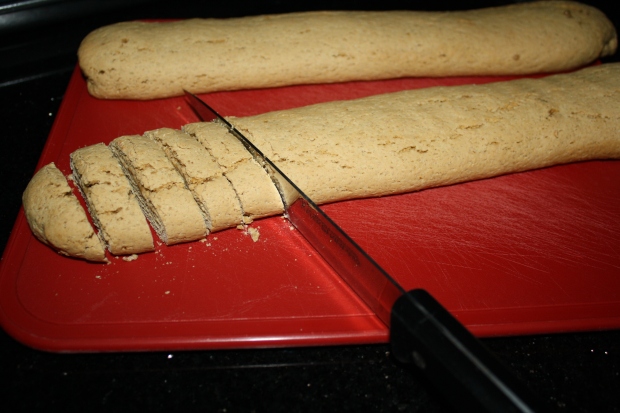 And then I baked those for 5 minutes on each side at 300 degrees. 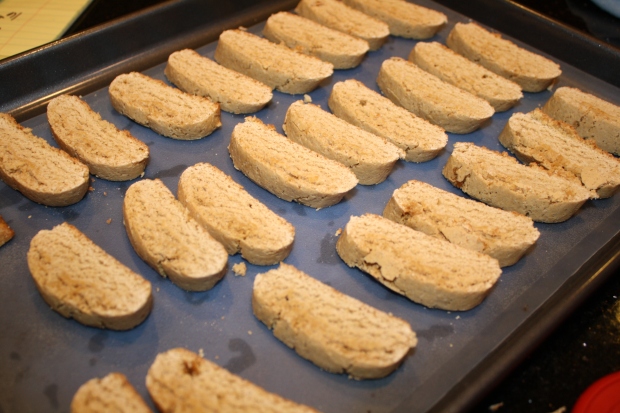 I didn’t want to used white chocolate for the icing, so I used a poured sugar icing.

2 cups (give or take) of confectioner’s sugar

Whisked together until thick but pourable.

Then I drizzled the icing over the biscotti and let it set.

Yum!! It goes great with a cup of tea. (Roaring fire optional.)