Continuing with the pumpkin-themed desserts this week, brings us to a delicious recipe from the boards for bite-sized pumpkin pie tarts. The photo on Pinterest looks like this: 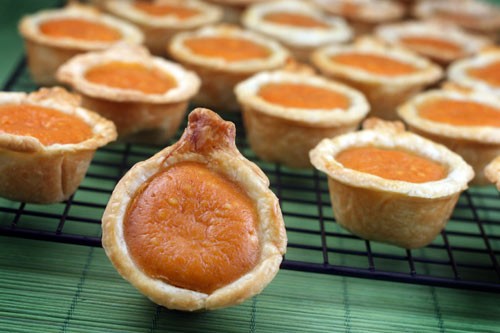 Preheat oven to 350 degrees.
Use cookie cutter to cut 12 pumpkin shapes from each pie crust. You will need to roll the dough thinner than it comes out of the box.
Press dough shapes into a 24 cup mini muffin tray. (Make 12 at a time, alternating cups to make sure pie crusts don’t overlap each other.)
Apply egg whites from one egg to the top edges of each pie.
Mix cream cheese, sugar, canned pumpkin, remaining 2 eggs, vanilla and pumpkin pie spice together until thoroughly combined.
Spoon mixture into each pumpkin-shaped pie crust.
Bake for 12-15 minutes.
Remove pies to cool and repeat with second pie crust. Place the muffin tray in the freezer to cool it quickly for re-use.

These were very easy to make and they looked really great in the end. First I rolled out the pie crust and cut pumpkins out with a cookie cutter. You can do this with any shape though. I have seen ones on the boards that were done with flower-shaped cutters that looked really cute too. Once you cut the dough, you will need to roll it a little flatter to fit it into the cupcake tins.

So, next they were pressed into the tins and ready to be filled. 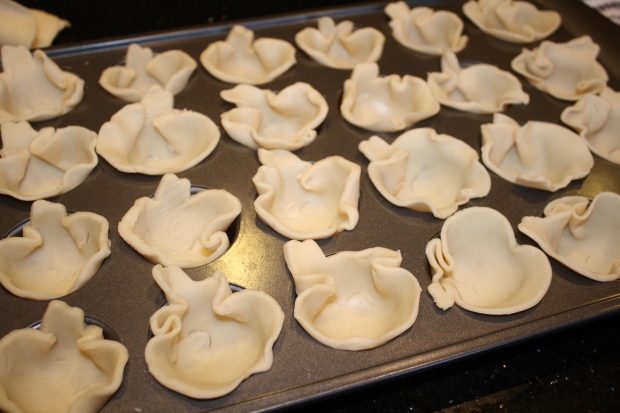 And those were mixed until they were smoothly combined. 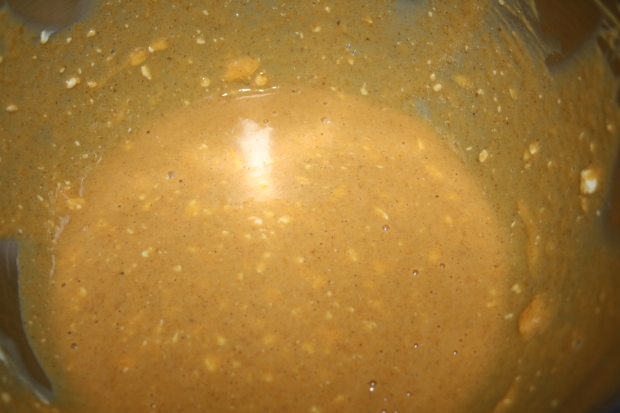 Then the pie crusts were filled,

and baked for ten minutes.

I also chose to top them, not with chocolate, but with a little cream cheese frosting I had leftover from the cupcakes I hade made.

They turned out to be really cute, kind of even fancy, and thoroughly delicious.