I found an easy craft on the boards recently involving Mason jars and Mod Podge. The final result looked so pretty, and the technique seemed so easy that I just had to give it a try. I figured they could be used as vases, colorful storage or even as colored luminaries (if you put a battery-powered tealight inside). The photo on Pinterest looks like this:

And, as it turned out, this was very easy to do! First I assembled the few things I needed. 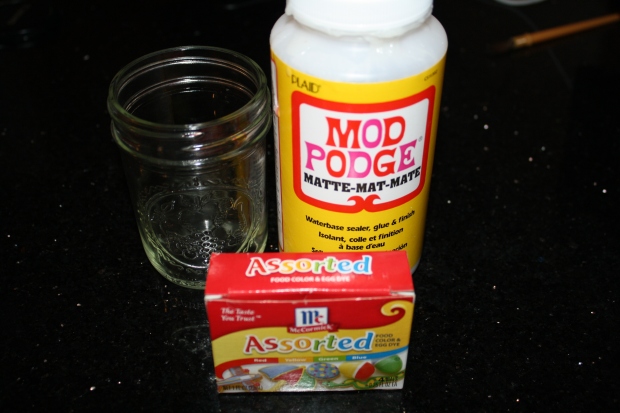 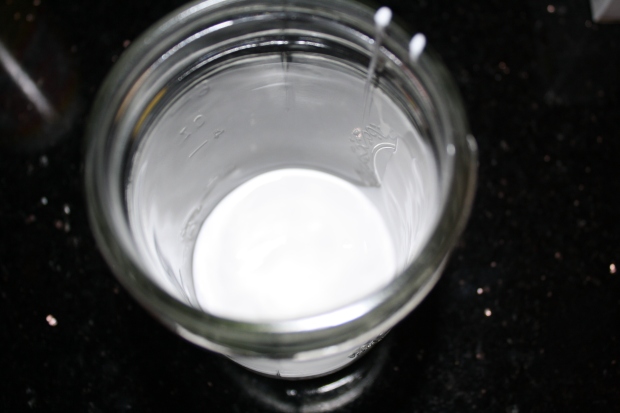 before adding the food coloring.

After mixing the food coloring thoroughly with the Mod Podge, I swirled the color around to cover the glass. 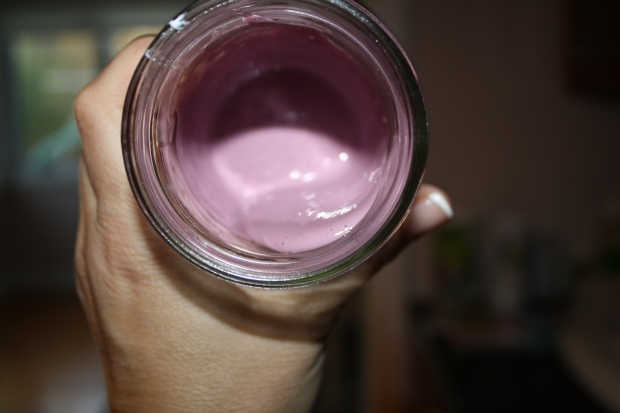 Then, I turned the jar upside down on a paper plate, and left it to dry. 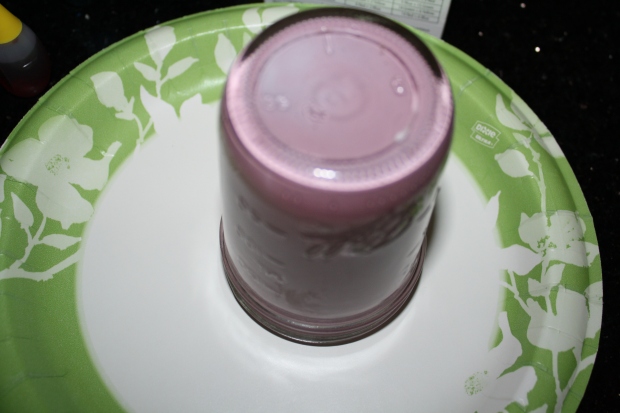 After a couple of hours, I picked up the cup and found quite a bit of the Mod Podge on the plate, which was cool; I just wanted to show you in case you find the same thing when you try it. 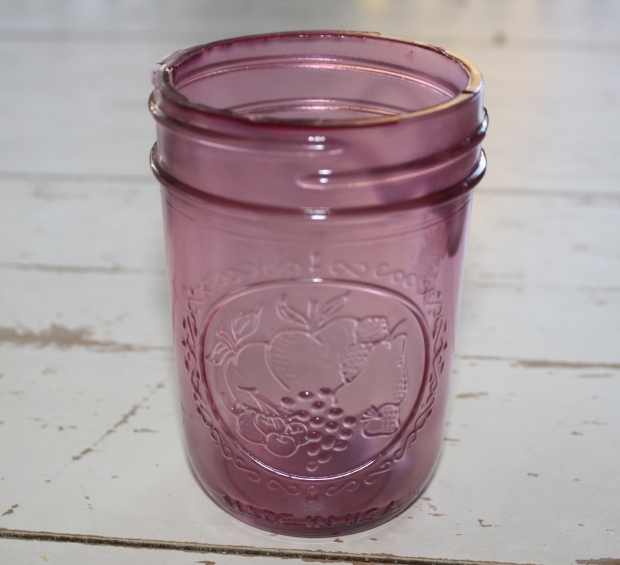 The only thing was that I turned the jar over too soon, so that some of the Mod Podge dripped back down and left a mark. Just be sure to leave the jar upside-down over night, and you should end up with the beautiful finished product.