My middle son, Clooney had a birthday party recently, and he wanted it to be “car” themed. Not the Disney Cars, or NASCAR, but just cars in general. So when I thought about what kind of favors might appeal to guests of both genders, I decided that everybody might like to have their own set of wheels.

So I started with a cardboard box. These were 16″x16″x24″, and I folded the flaps inside of the box.

Next, the flaps were secured with duct tape,

And the corners were fortified as well, to keep the box from folding back up.

Then, I covered the outside of the box with colored paper.

I used a drill to make holes for the wheels. No need to measure, I just kind of eyeballed it. 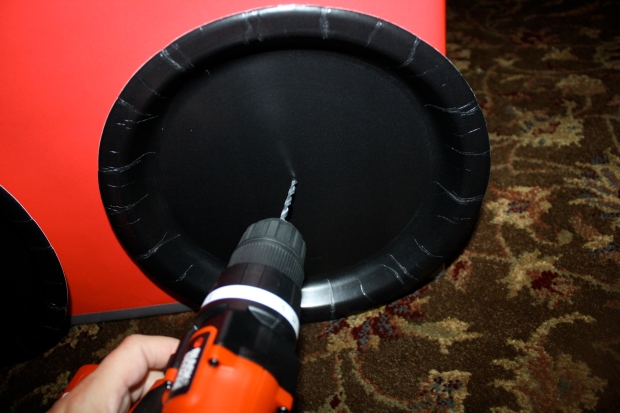 Then I used paper fasteners to attach the wheels, and covered the ends of those on the inside with more duct tape. 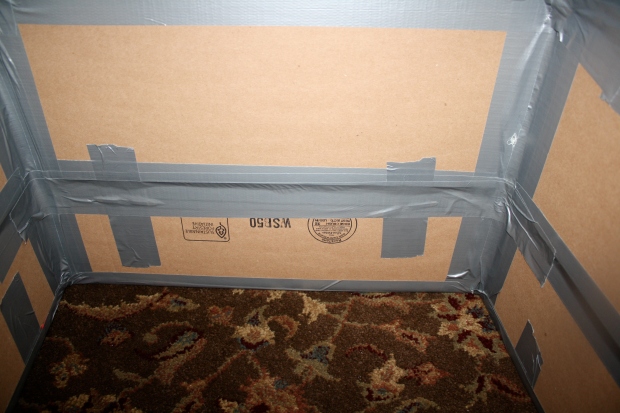 The lights went on next. I had originally planned to use just the silver plates, which were actually made of plastic, but I also had some yellow plates lying around, so I pasted those inside of the silver ones using glue dots. 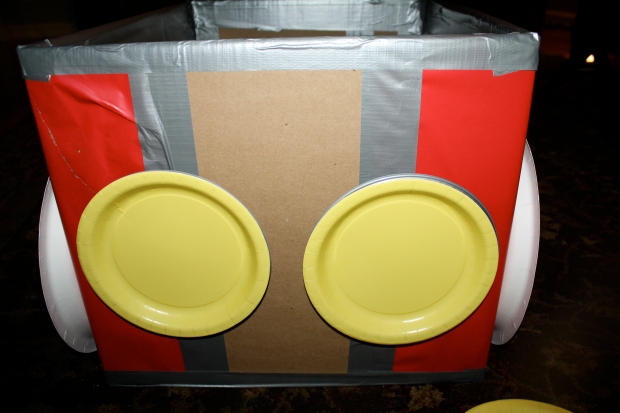 Then, I used a drill again to make four small holes (two at the back and two at the front), approximately shoulder-length apart for a child.

Bungee cords were used to make straps, and the hooks went through those holes.

I also used index cards to create license plates for each child, which were glued to the back. The kids loved them! They raced in the driveway until long after the sun had gone down, and each child made sure their parents brought the car home.

Edison even tricked his out a little further the next day, adding a car emblem. 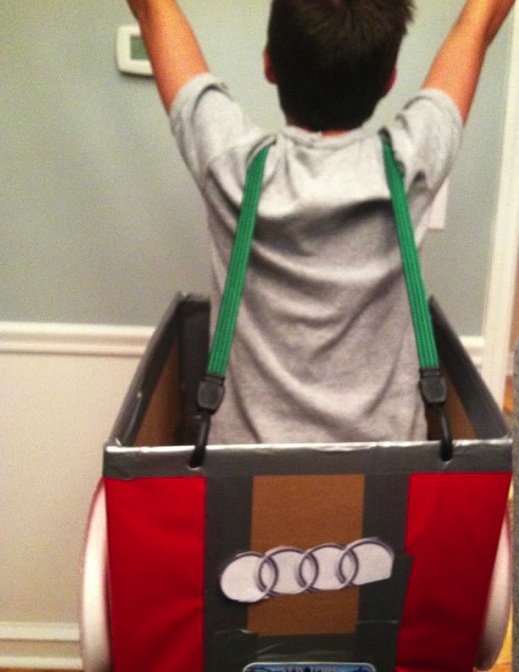 But over all, the whole thing made me feel like Oprah.