Lately I have been seeing lots of  links on both Pinterest and Facebook with recipes for homemade weedkiller. This was interesting to me since I’ve been using straight vinegar to kill weeds for several years now. You don’t want to use any kind of store-bought weedkiller, folks. I don’t usually like to preach, but there is mounting evidence that the stuff we’ve been using to kill weeds in our yards for decades is killing a lot of other organisms, and may even be killing us humans. And in any case, the stuff isn’t cheap — at least not as cheap as vinegar. (What is?? Vinegar is less than $2 a gallon!)

What I decided to do then, was a kind of Pepsi Challenge, pitting straight vinegar against the vinegar-based homemade weedkiller. The photo on Pinterest looks like this: 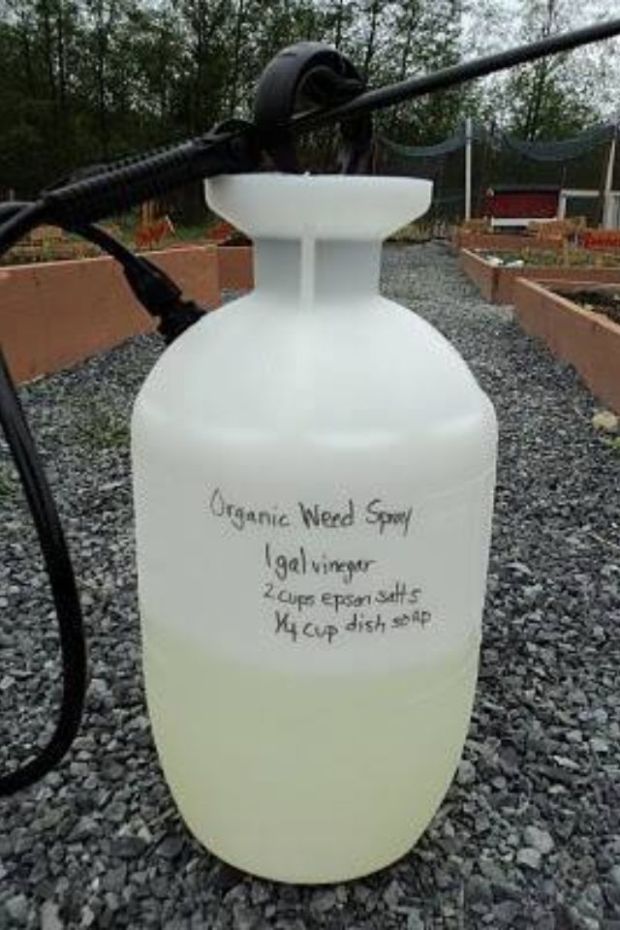 This photo is pretty ubiquitous on the Web. And you can read the recipe right there.

So, I picked out a few spots around our house, 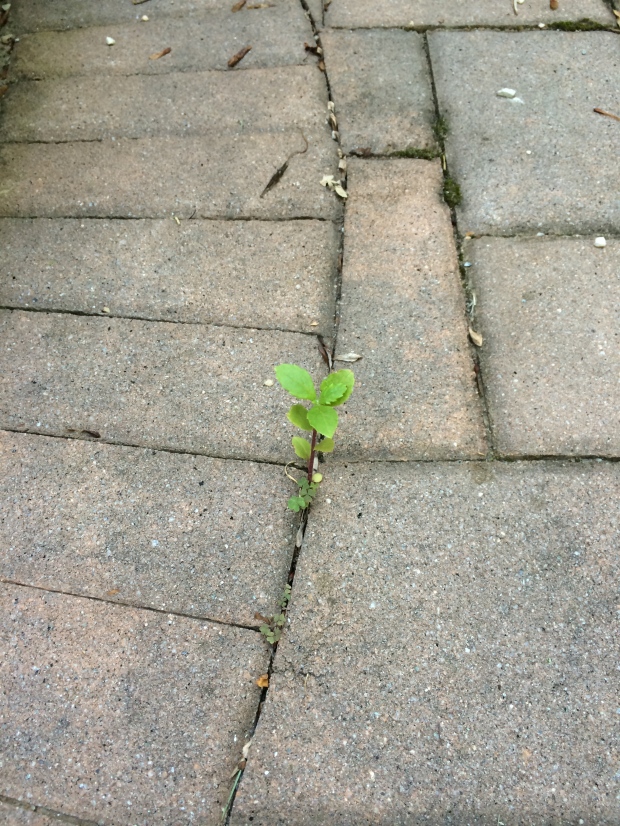 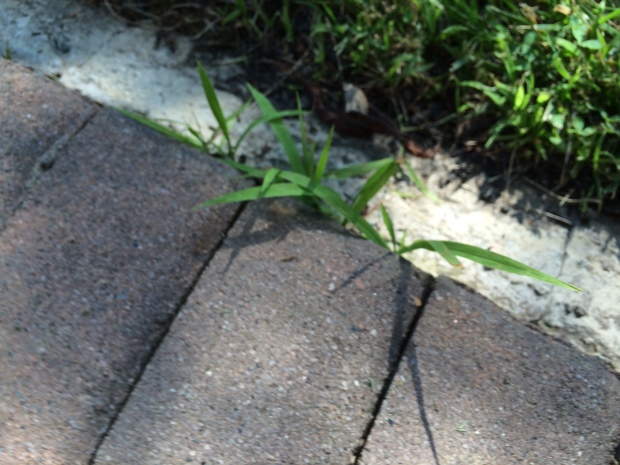 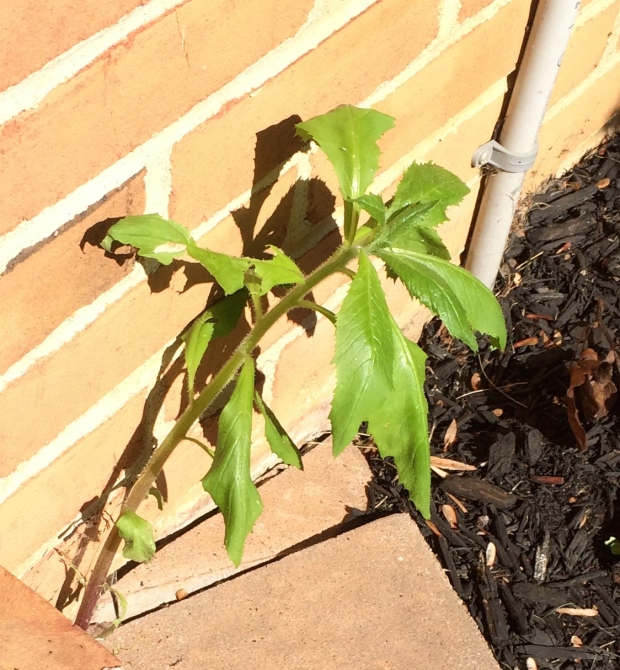 and mixed up some weedkiller. I put it in this really cool garden sprayer that is so easy to use. 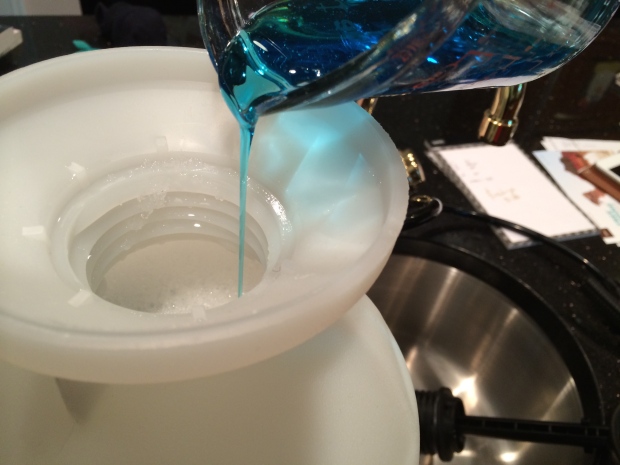 Most recipes I read recommend using blue Dawn dish soap. I am not sure if this necessary or just a marketing ploy by Proctor & Gable, but I went with it.

Next, I sprayed one spot with the straight vinegar, 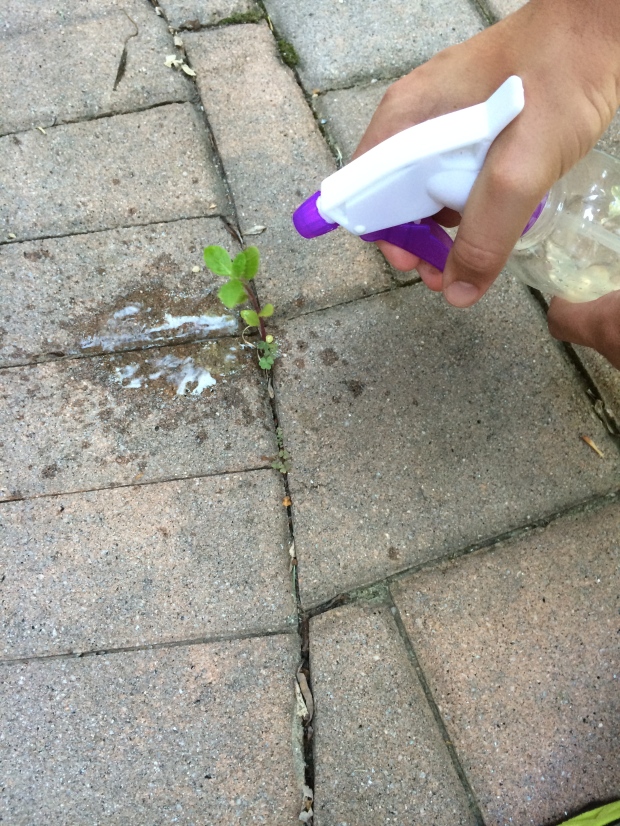 and two spots with the weed killer. 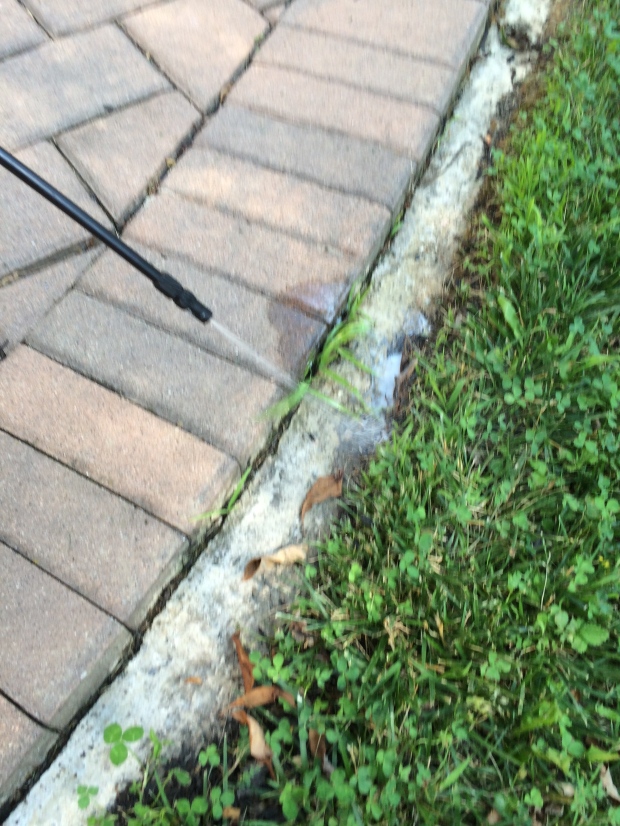 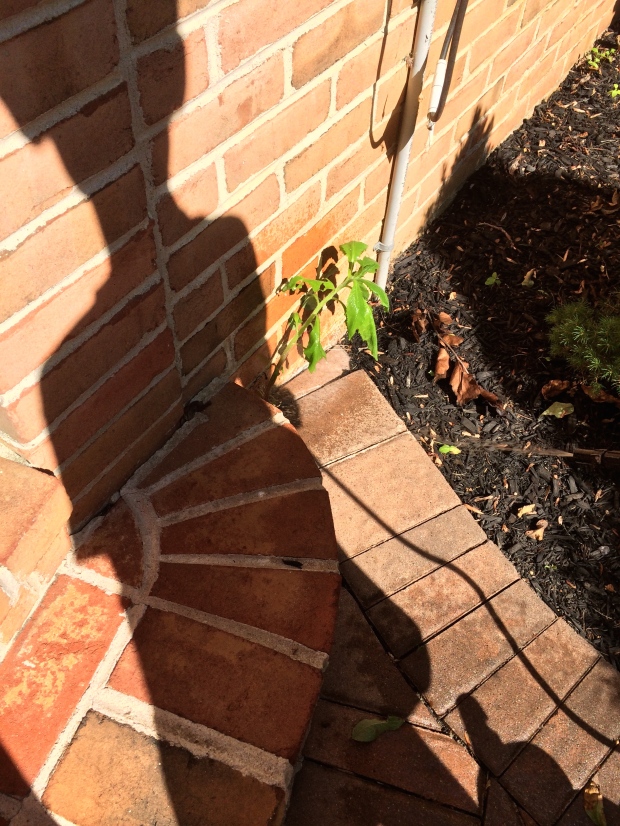 That’s my son’s shadow. He’s humming “Ride of the Valkyries” and preparing to carpet bomb the walk.

Three days later, I went back to check the progress.

The two spots with the weedkiller were both well on their ways to being as dead as dead could be, 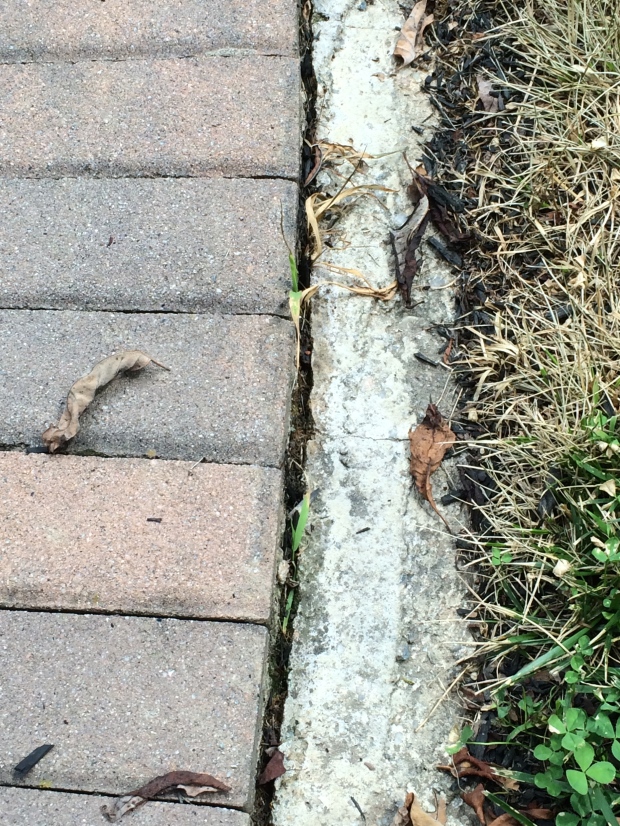 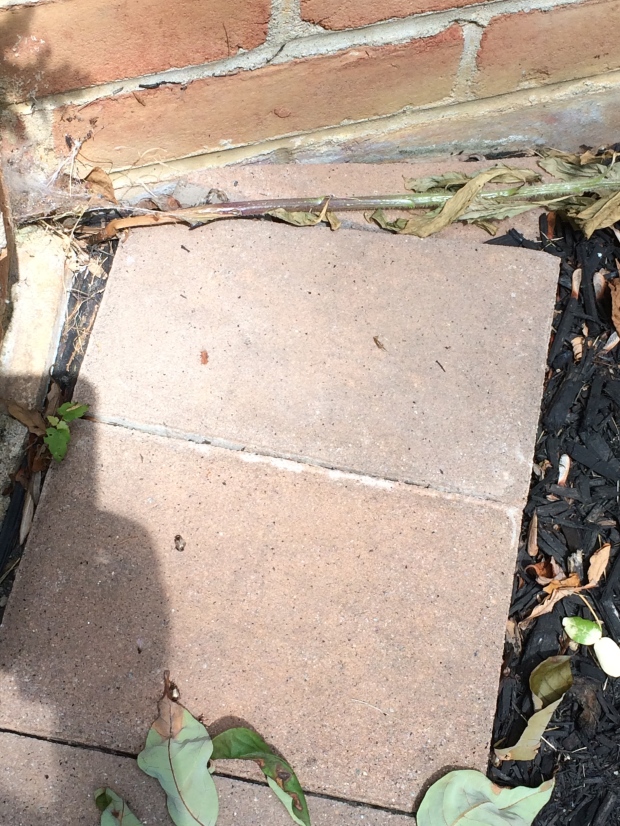 but the straight vinegar was so effective, that I had to check a few times to make sure I had the right spot. I mean there was no sign at all of the weeds. 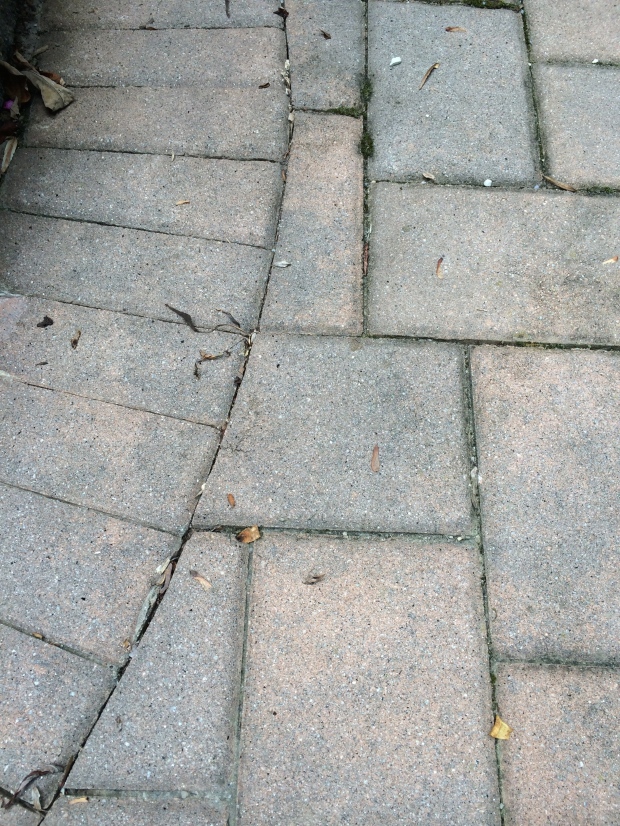 On one hand, the straight vinegar was slightly more effective, but on the other hand, the homemade weedkiller wasn’t nearly as pungent. I mean, seriously, who wants a yard that smells like salad dressing? The choice is up to you, but either way, go with the yard sprayer. It’s much easier to use than the smaller spray bottle. 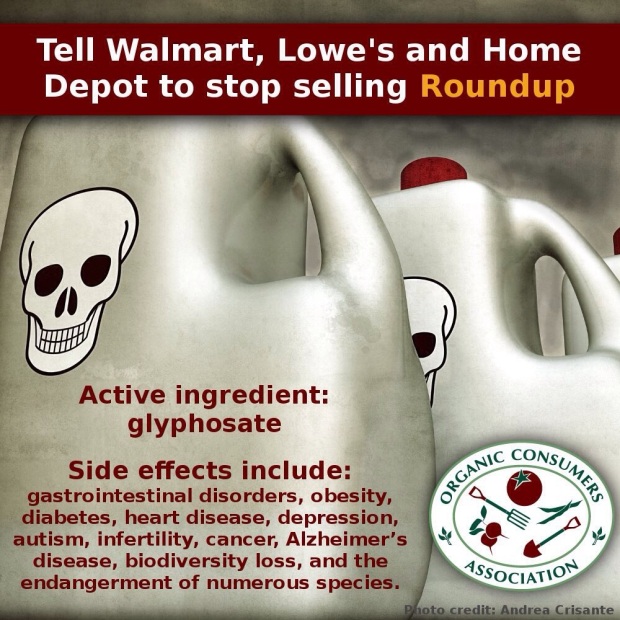 One thought on “Homemade Weedkiller – Cheap and Effective.”